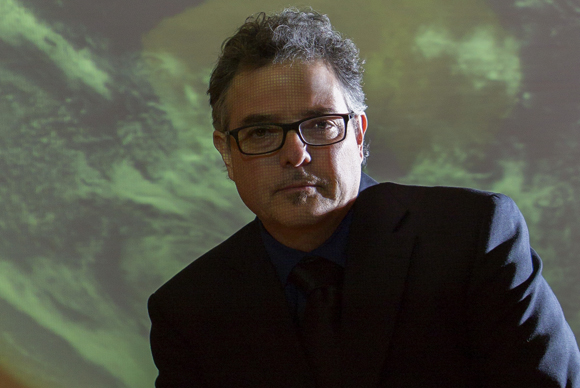 Marc’s degree is in Astronomy and serves as the Mutual UFO Network’s Chief Photo and Video Analyst. He has spent decades capturing hundreds of thousands of images of many kinds of sky phenomena using a diverse range of photographic gear ranging from small cameras and backyard telescopes to large multi-million-dollar professional telescopes in large research observatories. He operates two remotely operated observatories, on in Connecticut and one in Arizona where he does clear night public outreach. He is a member of a STEM board at a prestigious science center in Connecticut that serves the needs of many New England educational facilities. STEM, which stands for Science, Technology, Engineering, & Math reflects the need to place a clear focus on those disciplines and places an emphasis on how the disciplines interrelate to provide advantage to children as well as adults.

He can be seen regularly on “The Proof is Out There” on History Channel, “NASA’s Unexplained Files” on the Discovery Channel, “What On Earth!” on the Science Channel and has appeared on “In Search Of” hosted by Zachary Quinto, “Contact”, on Discovery, and a variety of other productions.

Marc is a cast member of the 2-hour documentary “Alien Invasion: Hudson Valley “on Discovery+.

He is characterized as the Voice of Science Reason yet fully expects alien intelligence is out there and possibly even here visiting us at the Earth.

Currently Marc and FX Models have teamed up with Academy Award winning producer and director Douglas Trumbull to create major science fiction films and television series’ that explore humankind’s place in the Universe. He has been performing for live audiences since the age of 12, and states that the TV and Film industry are far more forgiving than a live audience when things go wrong!

Besides his Astronomy and MUFON duties, Marc delivers many presentations around the world at some of the largest conferences from Oslo to Los Angeles, including several Mutual UFO Network (MUFON) Symposiums, International UFO Congress conferences, and many more, appearing as a speaker to discuss the prospects for finding extraterrestrial life using the science we DO know from a fun scientific perspective.. He explains the real prospects as we understand them today, of finding extraterrestrial life in the Solar System and elsewhere.

Additionally, if extraterrestrial intelligence has managed to ply the vast gulf between the stars and reach us, then science should be able to tell us so. As such, he has teamed up with Hollywood icon Douglas Trumbull to hopefully find answers with the creation of their Aerial Anomaly Detection System (formerly known as UFOTOG2). Such true scientific results will back up the stories we so often hear from those who have encountered something strange … in our skies.

Publications:
Marc has a book called “The Populated Universe” available on Amazon worldwide. In the book he has taken his extensive Astronomy background and squarely placed a focus on Exoplanet research and explores the scientific search for extraterrestrial life and makes the case for what he believes is the predisposition of the Universe to the creation of the building blocks of life and very likely life itself.

In support of the quest for extraterrestrial life, Marc originated and operates two remotely operated observatories. One of the outreach observatories, the SkyTour LiveStream East (STLS-E) originates from the John Zack Memorial Remote Observatory in Connecticut USA. The second and most recently opened observatory is SkyTour LiveStream West and originates from the Modlin-Hayne Remote Observatory deep in the desert in Arizona, USA. The LIVE observatory broadcasts on clear nights and brings the wonders hidden behind light polluted skies to people worldwide in real time. Viewers and live participants see galaxies millions of light years away, star clusters, stellar birthplaces, amazing astronomical phenomena, and are treated to special events like the passage of comets and asteroids, witnessing these phenomena live during the telescope broadcast. Additionally, participants are encouraged to ask questions, and these are answered for them at the same time. At STLS East and West Marc says that if people aren’t careful, they will learn something awesome, and true to form they are taught about the origins of galaxies, stars, comets, asteroids, Life on Earth, the planets and their many moons, and exoplanets circling distant stars. The motto is that Science is within reach of EVERYONE, it just has to be digestible.

Marc is also the host of a popular show called SkyTour Radio on KGRA radio with a secondary live video feed with multimedia on Streamyard. The weekly 2-hour show Sunday evenings starting at 6PM Eastern focuses on Astronomy, exploring science and potential science surrounding the search for extraterrestrial life. Listeners and viewers both get to hear about the origins of the many outlandish and amazing objects that the Universe has spawned with an eye on science. The show also presents among an infinite supply of Astronomy topics, information that is science based on interstellar propulsion offering speculation on what we may find once we leave the Earth. The show also speculates on who … or WHAT may find US here on Earth. And it’s all delivered in understandable plain English for everyone to enjoy.

Marc is the Chief Photo and Video Analyst for the largest aerial anomaly organization on the planet, the Mutual UFO Network (MUFON). Once Computer-Generated Imagery programs and image analysis programs became more readily available, he began to work with such software to create his own imagery and to augment and analyze existing imagery. His unique blend of stage performance experience, Astronomical, Extraterrestrial Life, and Computer-Generated Model Making knowledge come together in his photo analysis work, where he has been utilizing advanced software toolsets for many years to coax data out of imagery.

When he isn’t creating Digital or Physical Models for clients or productions with FX Models, he can usually be found working on the Aerial Anomaly Detection System (UFOTOG2) concept, operating the SkyTour remote observatories, or utilizing other remote observatories worldwide to obtain nightly photographic and spectral data for analysis.

Marc D’Antonio
860-995-6635 anywhere on Earth
Social Sites and Links:
We have several social and web sites and a book link: