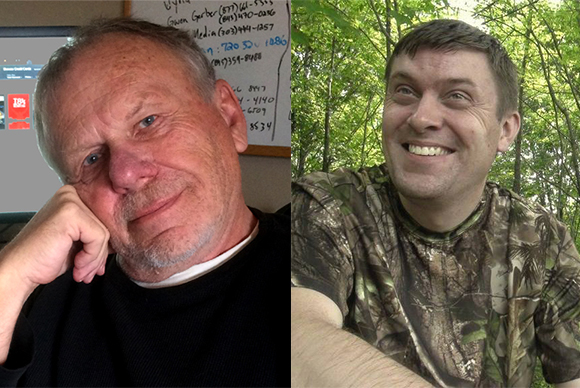 One of the main questions with regard to the alien presence on the planet is, how did they get here?

At the top of the list of hypotheses is that they travel through some sort of black hole, wormhole, or portal.

During our investigations in filming and documenting multiple paranormal phenomena across the country’s numerous paranormal hotspots we repeatedly came across places that indicated the presence of vortexes or portals.

To test the portal hypotheses that alien creatures traveled through portals we begin a two-year project of trying to open a portal on our remote land in the Rocky Mountains. During the process we encountered entities that interacted with our gifting site, a surprise deer mutilation dropped on our gifting site and finally opening an actual portal that had extraordinary effects on magnetic and radiation detectors. And surprisingly we captured inexplicable creatures emerging from the portal on our trail cam.

The whole event told us a lot about how alien entities can interact with us humans and that we had a mission to let this be known to a larger public.

The whole process was successfully captured on film and the highlights are presented in our PowerPoint.

Ron Meyer owns a film production company Centre Communications. He has produced and Directed feature films, including the first feature film for discovery communications “legend of the spirit dog “He is author of two novels with Mark Reeder, and two other novels, their latest being Bigfoot Singularity. Ron leads flow workshops, is a 5th black belt in Aikido and a world-renowned fossil collector. In October 2021 his new science fiction novel “aliens 2035: the end of technology: has been released

Recently he produced the number one streaming documentary series on Amazon prime about serial killers.. As a follow-up to the highly successful Amazon prime series “chasing Bigfoot” he’s produced in an award-winning documentary feature called “the Bigfoot alien connection revealed”. The movie has garnered over 2 million views in less than five months.

He lives in Louisville, Colorado, USA

Quote-there is little doubt that Bigfoot contact experiences are real. To my surprise it turned out that these experiences were chosen for each individual by what can only be called an alien nonhuman intelligence– Ron Meyer producer of the Bigfoot alien connection revealed

Alan began researching the Bigfoot phenomenon during the summer of 2009. Being in the field has been the number one priority for Alan, and this effort has resulted in a number of “close calls” including recordings of possible wood knocks and vocalizations. Despite having a successful career as an engineer, Alan’s true passion is a calling to research the unknown. Since childhood he has always found time to get in the field, digging his heels into another muddy uphill hike. Alan has directed the documentary films THE BACK 80, GHOSTS IN GHOST TOWNS: HAUNTING THE WILD WEST, THE BIGFOOT ALIEN CONECTION REVEALED and produced the film MINERVA MONSTER. He is also an organizer of Bigfoot Adventure Weekends a yearly, family campout that explores the world of Bigfoot and gives people a chance to walk in the shoes of an investigator.

There are both proponents of the hypotheses that contact paranormal phenomena , including UAP’s ,are in some mysterious way sourced from same nonhuman intelligences.