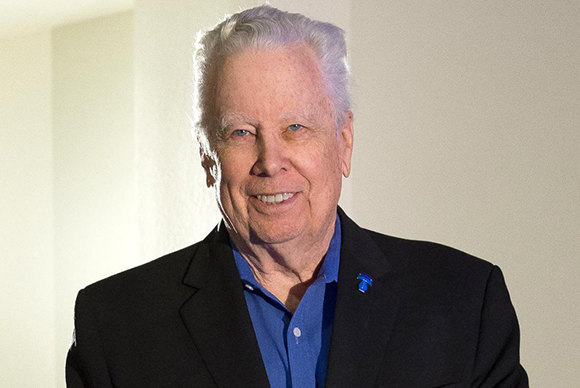 John B. Alexander, Ph.D.Author / Researcher
UFOs and the Complexity of Consciousness

UFOs are real. But that is the beginning of the story, not the end. This presentation will address many of the complexities that emerge when examining UFOs/UAP’s. There are many issues that while appearing simple, are actually far more complex than anticipated. For example, what do you mean by a UFO? They vary from balls of light to hard craft miles across. Where do they come from? This may not even be a useful question. What is the U.S. Government’s role in researching UFOs? That is not as obvious as might be thought.

Dr. Alexander has been involved in researching many areas of phenomenology. These include everything from near-death experiences (NDEs), postmortem (afterlife) communication (ADC), psychokinesis, remote viewing (RV), primary perception, the Hutchison effect, and even cryptozoology. Having met with shamans from all over the world, he has observed a number of circumstances, that while seemingly impossible, are nonetheless manifested in physical reality. Attending ayahuasca ceremonies, he has concluded that psychopharmacology does not explain what he has observed. As such, he is a proponent for the controlled use of such drugs in the treatment of PTSD.

Based on his experience, he believes that all of these phenomena are interrelated at a most fundamental level; that of consciousness. This presentation will focus on those interrelationships as they intersect the basis of this conference, UFOs and all of their derivative variations. That includes addressing the extraterrestrial hypothesis (ETH) and why he believes that is too simplistic. Also involved are the pervasive reports of interactions between humans and sentiment nonhumans that are reported to have occurred throughout the entirety of human history.

As the first NIDS researcher to arrive and Skinwalker Ranch, he became enmeshed in the complex phenomena being exhibited there. This presentation he will address both those anomalies and his conclusion that a Precognitive Sentient Phenomena (PSP) with actually orchestrating those events.

The bottom line is these phenomena are far more complex than we ever imagined. Rather than finding simplistic answers, we are not yet at the point of knowing the right questions to ask.

With half a century of service in national security, including combat as a Green Beret commander in Vietnam, Colonel Alexander held key assignments in Special Operations, Intelligence, and Research and Development.  He participated in several unique programs including application of psychokinesis, enhancing human performance with NLP, and experimentation with a unique energy source known as the Hutchison Effect. At the TS/SCI level he formed an interagency group to study UFOs called Advanced Theoretical Physics.

After retiring from the Army, he joined at Los Alamos National Laboratory and was largely responsible for the introduction of nonlethal weapons concepts in the US military. In Kabul, Afghanistan he worked as an advisor to the Minister of Defence, and later spent a decade as a senior fellow at a DoD university.

Education includes, M.A., Pepperdine University, Ph.D., Walden University, and later studies at the Anderson School of Management at UCLA, the Sloan School of management at MIT, and the Kennedy School of Government general officer program “National and International Security for Senior Executives” at Harvard University. Heading his doctoral committee was the legendary thanatologist, Dr. Elisabeth Kubler-Ross (On Death and Dying).

He is a past-president of the International Association for Near-Death Studies (IANDS), was a founding board member of the International Remote Viewing Association (IRVA) and served three terms as a council member of the Society for Scientific Exploration (SSE). Conventional research included working with the National Research Council, National Intelligence Council, Army Science Board, Council on Foreign Relations, and U.S. representative to several NATO studies.

In addition to military awards for valor and service was Aviation Week & Space Technology selection as a 1993 Aerospace Laureate and in 1997 induction into their Hall of Fame.  He received a Department of Energy Award of Excellence for the Nuclear Weapons Program in 1994, and is listed in Who’s Who in America, Who’s Who in Science and Engineering, American Men and Women of Science, the IC Knowlton Award, was inducted into the OCS Hall of Fame at Ft Benning, GA and received a President’s Award for Volunteer Action from President Ronald Reagan.

Traveling to more than 100 countries on all eight continents, he has met with shamans in the Amazon, the Himalayas, the Andes, East and West Africa, Samarkand Uzbekistan and Northern Mongolia.  In Tonga, he dived in the open ocean with humpback whales, and previously was involved with telepathic experiments with wild dolphins in the Bahamas.

Publications include several monographs on international security, dozens of articles on a variety of topics and five nonfiction books. They include, Future War (with foreword by Tom Clancy) UFOs: Myths, Conspiracies and Realities, and most recently Reality Denied: First-hand Experiences with Things that Can’t happen – But Did.